The Center for Patient Protection and PatientProtection.Healthcare are proud to join with 16 Days of Activism Against Gender-Based Violence. We will be adding our voice to the call for change and for a re-commitment of government and policy leaders to ending gender-based violence that so often causes serious health complications for victims, including misdiagnosis. See our Safer Women Health Initiative.

The Center for Patient Protection | PatientProtection.Healthcare

Welcome to the beginning of a better, safer, more compassionate healthcare experience. 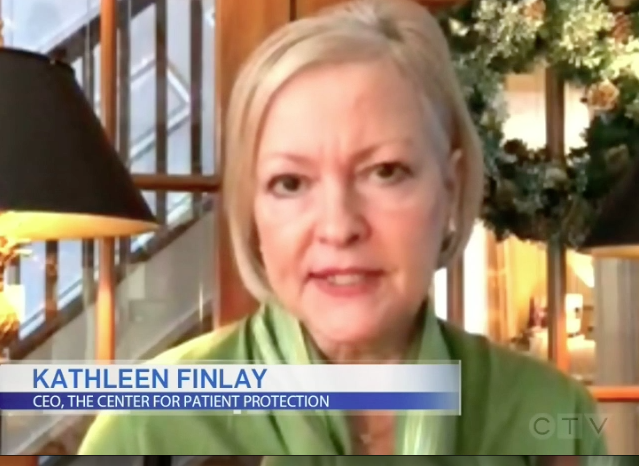 Kathleen Finlay interviewed on CTV National News
The case of Toronto rapper John River (Matthew John Derrick-Huie), who went to the doctor with chest pains and shortness of breath in 2017 and embarked on a two-year medical nightmare.

“Kathleen Finlay, the CEO and founder of The Center for Patient Protection, called River’s treatment “appalling.”

“Anytime a person presents multiple times to a hospital or a health-care provider for the same symptoms or worsening of their symptoms, that should send up big red flags, that should not be happening,” she said. 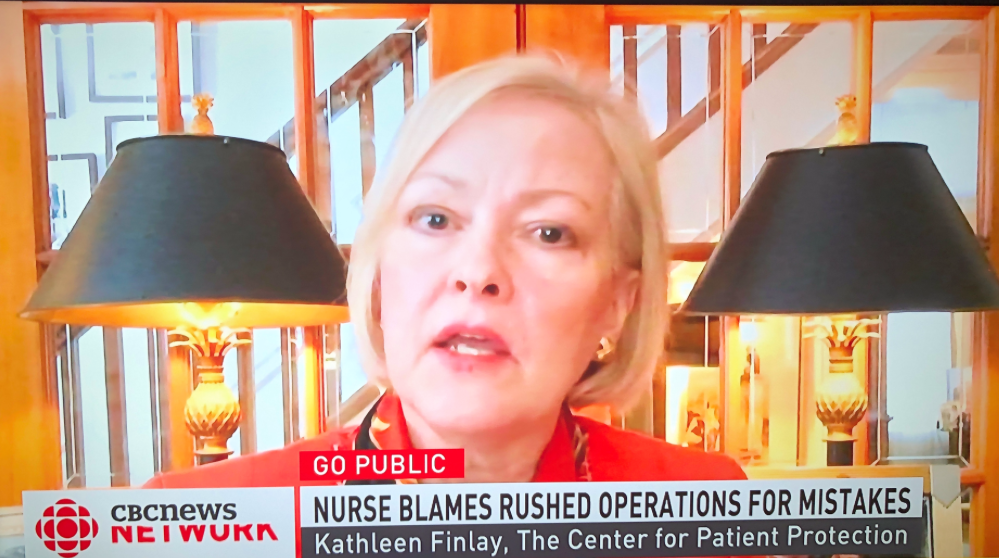 Calls medical errors a silent epidemic that needs to be treated as a public healthcare crisis.

Those mishaps are part of a “silent epidemic,” according to advocate Kathleen Finlay, founder of the Center for Patient Protection, an independent,Toronto-based group aimed at improving health care.

“People are being injured, permanently disabled and even dying … so the federal government needs to treat this as the public health-care crisis it is,” said Finlay.

And when it comes to such incidents, Finlay says the future looks grim, based on a 2017 report from the Canadian Patient Safety Institute, a not-for-profit health-care watchdog.

The report found more than 12 million Canadians in hospital and home-care settings will be harmed by the healthcare system over the next 30 years, costing the health-care system an additional $2.75 billion per year.

Another 1.2 million people will lose their lives.

So what can be done?

Finlay would like to see those black boxes routinely used in operating rooms across the country. She’s also calling on the federal government to create an independent organization that would investigate hospital medical errors and wants Canada to implement a national hospital rating system, like those in the United States.

She also wants to see provinces standardize what data is collected and reported about medical errors so Canadians have a clear picture of what’s happening.

Copyright © 2019 PatientProtection.Healthcare | The Center for Patient Protection | All rights reserved
Don’t even think about plagiarizing the contents of this site.