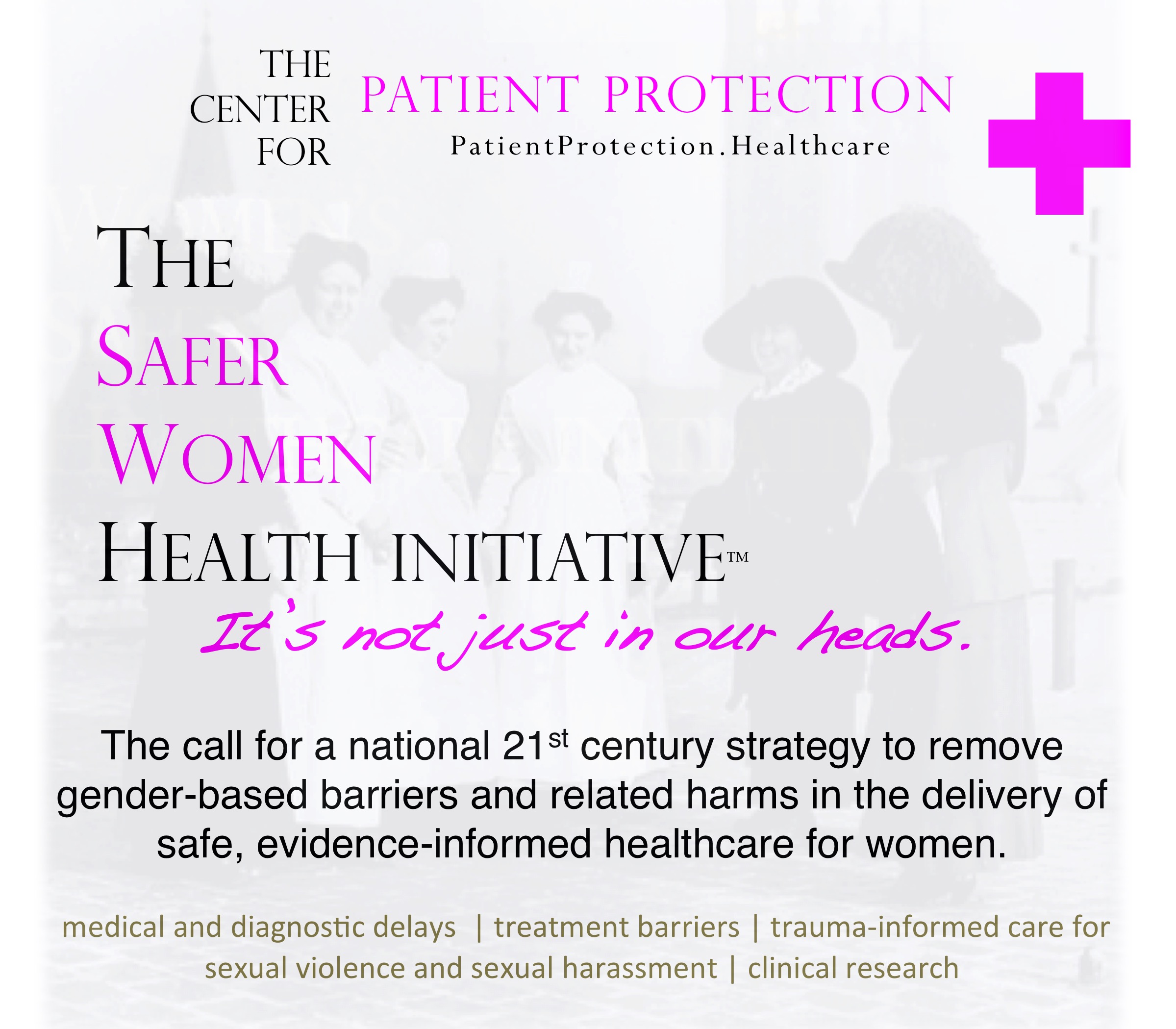 • Women are more likely than men to suffer from multiple, co-occurring, chronic conditions such as chronic pain, heart disease and diabetes.

• Social determinants of health, including factors like income, employment status and housing, all influence a person’s risk for disease or injury and women are even more vulnerable to these effects.

There is a gigantic imbalance in the equation between the healthcare women need and the healthcare we receive.  It is placing too many women at risk of avoidable pain, chronic disease and early death.

The research is persuasive.  But nothing is more compelling than the voices of women who have reached out to PatientProtection.Healthcare over the years to share their heartfelt experiences with a dysfunctional healthcare system that leaves too many behind.

The relationship between women and healthcare providers is further complicated when factors such as age, care­giv­ing, sex­u­al vio­lence and sex­u­al harass­ment, as well as sex­u­al abuse and mis­con­duct at the hands of reg­u­lat­ed health­ pro­fes­sionals, are introduced. Typically, the impact of these factors is felt disproportionately by women. For example, being a caregiver is already known to be a frequent cause of burnout and poor health conditions. Add to that equation the fact that caregivers are overwhelming women, and you have the makings of a perfect storm for poor health outcomes.

Gender-based gaps in care and treatment were frequently reported by victims of sexual violence and sexual harassment. Many have often recounted being shocked, and harmed, by the insensitive and inadequate care they received. A general lack of trauma-informed awareness displayed during clinical visits, especially at the primary physician level, was a disturbingly recurring theme. When women do not feel an adequate comfort zone and level of confidence in their interactions with healthcare professionals, they are less inclined to be fully candid. 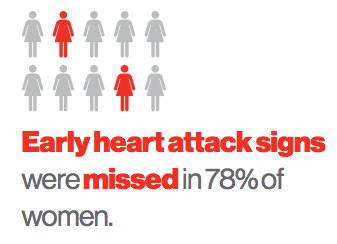 Any barriers that contribute to a dysfunctional relationship or a breakdown in trust and communication in the healthcare setting are an open invitation to diagnostic errors. Research reveals a longer lag time for female patients between the onset of symptoms and actual diagnosis in six of 11 types of cancer.

There are harmful implications in other ways. One study found that women are 50 to 75 percent more likely to experience an adverse drug reaction than men. 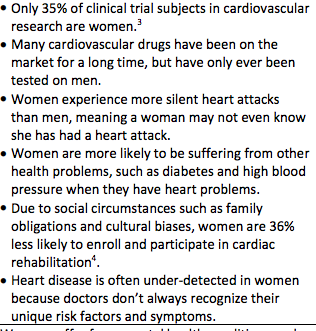 The evidence-based statistics are borne out by the experience of PatientProtection.Healthcare.  Over the years, whether they have been victims of medical errors or serious breakdowns in care involving themselves or family members, an overwhelming number of reporting parties to PP.H’s outreach clinic have been women. The emotional impact of medical errors, and the wall of silence frequently encountered by loved ones seeking answers, has repeatedly been found to be a significant contributor to emotional and psychological trauma. Much of this falls on women.

The Safer Women Health Initiative™works with healthcare providers to eliminate the kind of systemic barriers to safer care that have been identified in the hundreds of patient and family experiences shared with PatientProtection.Healthcare and The Zer0Now Campaign since 2012.

We network with other stakeholders that have a proven interest in raising the bar for women’s healthcare.

Through PP.H’s online outreach clinic, we work with the most vulnerable women to help them navigate through the web of obstacles and closed doors that thwart meaningful communications, transparency and accountability and which compromise access to the right kind of healthcare.

The Safer Women Health Initiative™ is collaborating with The Zer0Now Campaign’s HealingNow™, to advance awareness of the serious health risks associated with sexual violence and sexual harassment and the often devastating emotional and physical harm that can follow when victims of gender-based violence come forward and find themselves thrown into the jaws of institutional betrayal. Overwhelmingly, most incidents of sexual violence and related abuses occur against women. The level of harm associated with such incidents often cascades into serious emotional and medical complications.  It is part of the unique healthcare DNA that defines women.  It deserves to be targeted robustly for further action.

Clinical work by Dr. Jennifer Freyd in betrayal trauma theory led to the development of her concept of institutional betrayal. Her findings confirm that when a traumatic incident is followed by insensitive or abusive responses by trusted players like healthcare professionals, public institutions, government agencies, judges, private corporations or law enforcement authorities, the risk to a victim’s well-being rises sharply. 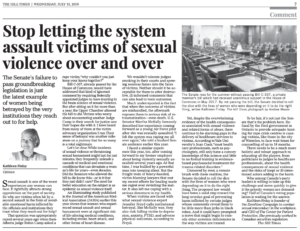 outcomes are among the recognized sequelae of betrayal trauma identified by Dr. Freyd. The high-profile deaths by suicide involving 19-year-old college freshman Lizzy Seeberg, to which Dr. Freyd refers in her research, and former RCMP constable Krista Carle, which I have written about, are a vivid, yet so heartbreaking, reminder of the catastrophic risks associated with institutional betrayal following sexual violence. A higher risk of self-harm and suicide have also been reported among female victims of sexual violence in the military.

Given the correlation between sexual violence, depression and heightened suicidal risk, The Safer Women Health Initiative™is also calling for a national strategy for suicide prevention, and a totally reimagined approach to what is becoming an epidemic in some parts of society. We urge the adoption in Canada of the 988 three digit suicide prevention line approved by the U.S. FCC.

Research on the prevalence and effects of trauma is large and growing. However, most health care professionals, such as psychologists, still only have a cursory knowledge of this science and little to no formal training in evidence-based psychosocial treatments for trauma-related disorders.

Toronto’s Women’s College Hospital echoes a similar view of the gaps in healthcare for women, including those arising from sexual violence.

Half of all women in Canada have experienced at least one incident of physical or sexual violence since the age of 16, yet not all healthcare providers have the knowledge or skills to deliver sensitive care to these women.

This is part of a more general gender-based breakdown in care that can occur, according to WCH.

...many women are overlooked and underserved because healthcare has traditionally not considered the impact of sex and gender differences.

Research has shown that following a heart attack, women are 36 per cent less likely to enroll and participate in cardiac rehabilitation because it is not offered as an option to many women for a variety of reasons, including societal presumptions or cultural biases.

Barriers to effective care for women, and harms produced by providers that are at times gender-biased, and at other times, oblivious to the unique gender-based issues that confront women, are the #MeToo equivalent in the healthcare system. Research supports the fact that these barriers and harms related to the care, or absence of it, for women occur in advanced-economy countries from Canada and the United States to the United Kingdom and Australia.

It is a challenge that cannot be met by silence or inaction; nor can it await the glacial pace of reform typically shown by healthcare policy makers.

Canada needs a national strategy to address and remove these and other systemic barriers to safer healthcare for women. This would include everything from the low proportion of female participation in medical and healthcare research studies and the lower rate of referral for cardiac rehabilitation as compared with male counterparts to the woeful lack of trauma-informed training for healthcare professionals who treat the emotional and physical symptoms of victims of gender-based violence and related abuses.

When the national spotlight is focused on the full span of these barriers, their shocking cost to women and their cost to the healthcare system, public opinion will insist that Canada move into the 21st century when it comes to the delivery of care to half its population.

If you are a healthcare provider or professional, a policy leader or an interested stakeholder — perhaps even a woman of influence and accomplishment who wants to continue making a big difference — please consider getting behind and supporting our new Safer Women Health Initiative™.  You can contact Kathleen Finlay directly.

Stop Sexual Misconduct from Being Fatal
(Published in The Times Colonist)

Keep Ageism Out of the Hospital
(Published in The Huffington Post)