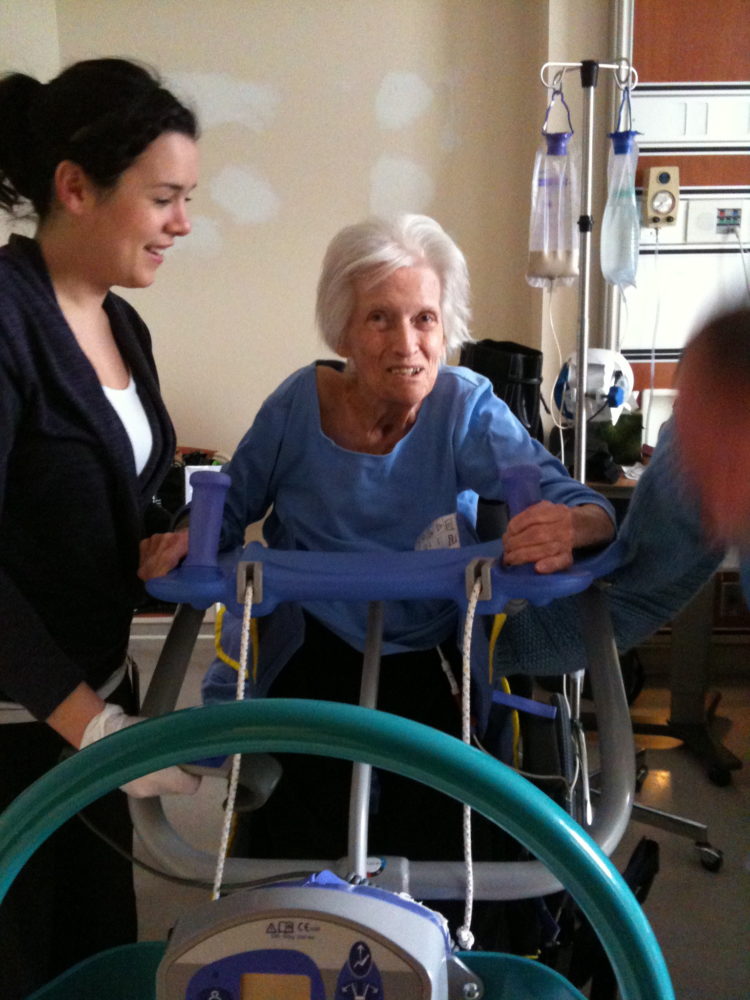 Keep Ageism Out of the Hospital

Keep Ageism Out of the Hospital

A new Canadian study shows that age is a critical factor in the kind of treatment patients receive. According to the research, which involved patients with traumatic spinal cord injuries, “patients over 70 years of age experienced considerable delays between admission and surgery.” Older patients also “experienced delays in transfer to a specialized treatment centre….”  As the authors of the report put it:

Our analysis showed that advanced age alone was associated with delays in both triage and surgical treatment.

To at least one prominent medical commentator, these findings raise the prospect of ageism. As the CBC’s Dr. Brian Goldman noted recently in a piece called Ageism Still Rampant in Healthcare, the study is just one more indication that “there are many examples of ageism in healthcare.”

There are studies. And then there is first-hand experience.

When my elderly mother was hospitalized with a traumatic head injury a few years ago, it quickly became clear that the care and treatment of other patients was the priority. After being neglected in the ICU while on life support, she soon developed ventilator-associated pneumonia. Having recovered from that, her condition began to deteriorate again. But nursing staff insisted that she was not even sick enough to be in the ICU at that point. Less than 24 hours later, she suffered a cardiac arrest.

After these disasters, a senior hospital doctor “guaranteed” my mother would never leave the hospital alive because of her age. The primary doctor in charge of her care reminded us that there were many others waiting who could make better use of the bed. It was clear from our one and only meeting with him that he had written off my mother.

Miraculously, she survived her nightmare at this major teaching hospital and was later transferred to a smaller hospital closer to her home.

But once again, there were constant reminders about her age and the high cost of her medical care. One nurse even charted annoyance over the delay in my mother’s hospital bed being freed up, noting that the family had refused to consent to a DNR order.

She was neglected to the point where she developed pressure ulcers never properly treated and was left severely malnourished. There were repeated medication errors that left her in distress and even placed her life at risk. When she was finally discharged, it came with the written assurance by the hospital’s chief internist that her demise was “imminent.” We were urged to not even consider bringing her home and to have her placed in a long term care facility instead.

Some might conclude that my mother’s age justified this negative prognosis and the absence of treatment a younger patient would likely have received. They would be wrong.

Once at home, where she received 24/7 care from her family, including support and therapy never given in the hospital, she began a remarkable recovery. How remarkable? You be the judge. We were told she would never eat regular meals again and would require all nutrition via a stomach feeding tube. They said she would never talk or read again. Most significantly, we were told with absolute certainty that she would be dead within months.

But just last week, nearly five years since her injury, she was the guest of honour at my birthday. At the dining room table, she enjoyed the same meal as the rest of the family. She helped to put the icing on the birthday cake earlier in the day and sang “Happy Birthday” with a joy undiminished by her age. It was a priceless birthday gift, and it would not have happened had we heeded the medical advice given during her hospitalization.

I hear many stories from families who have experienced what they believe is ageism in the hospital setting. They talk about how mom or dad was just written off and abandoned. They describe a coldness to the kind of care received and a complete lack of empathy. They lament their loved one’s dying in a way that deprived them of the dignity and respect they deserved and a belief that the elderly are seen as an easy cost saving unit in an already overstretched healthcare system. In nursing homes, the over use of anti-psychotic medication to sedate the vulnerable elderly remains a serious problem.

Surely we are capable of doing better.

There is something missing in a healthcare system that can too easily become a thief of hope because of ageism. Indeed, this is the other side of the coin involving the much discussed issue of assisted death intervention. There are elderly patients who want to live. And for many, like my mother, there may well be a chance to recover if a reasonable level of care, attention and compassion are given.

Most of them have paid the price over the years as contributors to our society and its freedoms to deserve that opportunity.