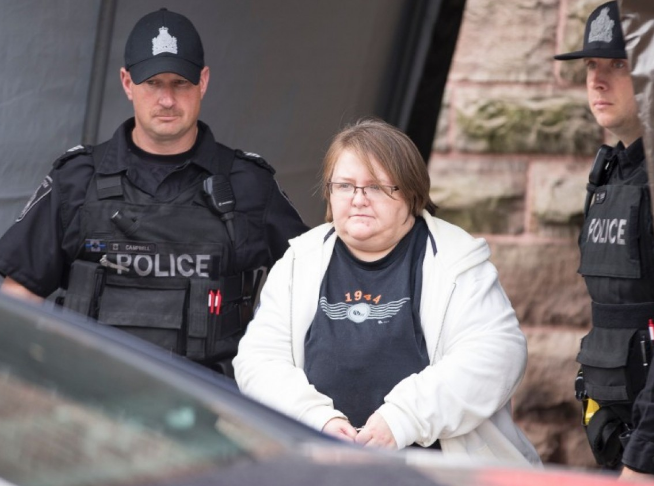 Why Can’t More Be Done to Protect Our Most Vulnerable Patients?

Why Can’t More Be Done to Protect Our Most Vulnerable Patients?

The shocking murders of eight elderly nursing home residents, allegedly by a nurse, shows serious shortcomings in the system designed to safeguard patients, including professional oversight by Ontario’s College of Nurses. 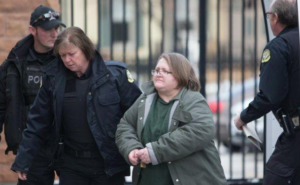 There are many issues arising from the shocking news this week that saw Elizabeth Wettlaufer, a registered nurse, charged with first-degree murder in the deaths of eight elderly Canadian nursing home residents.

The Center for Patient Protection has long advocated tougher oversight mechanisms for Canadian healthcare facilities, including the adoption of an Inspector General-like function which has been instrumental in discovering major failures in American healthcare providers that receive funding under Medicare and Medicaid.

But among the questions that should quickly be asked in the wake of this recent  tragedy is whether any complaints were previously filed against this nurse with the College of Nurses of Ontario and, if so, what was the outcome? Even if there were none, these horrific murders raise serious concerns about just how well our professional healthcare guardians protect the public from possible harm, and how confident the public is in using those systems.

Even the first step in filing a complaint with the College of Nurses of Ontario, the body responsible for enforcing standards of practice and professional conduct in that province, is fraught with procedural irregularity and unfairness. The nurse is provided a copy of the complainant’s allegations. That’s fair.  But in an astonishing breach of any concept of procedural fairness, the person making the complaint never gets to see the nurse’s response, according to the College’s practices, much less address it.

This is what I discovered when I made a complaint about nursing breakdowns involving my mother’s care some years ago. Her chart revealed a staggering number of errors and failures in care, many causing needless pain and some of them even life-threatening. But when the College of Nurses finally got around to issuing a report on its investigation, it found absolutely nothing wrong. Instead, it actually complimented the nurses.

What was even more shocking is that the nurses involved totally fabricated events and conversations with our family. We were never given any chance to rebut this rubbish, which the review panel accepted as uncontested evidence. Apparently, this is what the College of Nurses thinks represents a fair and balanced procedure to protect the public.

This may help to account for the fact that in the overwhelming number of complaints to this body, no action is ever taken against a nurse. When anything short of a finding of unprofessional conduct occurs (the rarest of all outcomes), such as issuing a letter of concern or caution against the nurse, that information is hidden from the public.

True, you can appeal the College’s decision to the Healthcare Professions Appeal and Review Board (HPARB). But with 92 per cent of HPARB’s decisions finding against the patient or family member making the appeal, many fear the system is rigged against them from the outset. Others can’t even get in the door. After filing my appeal more than 18 months ago, I still haven’t heard a word from HPARB.

The importance of mechanisms to preserve public confidence in our healthcare systems cannot be overstated. But they must be robust and fair mechanisms, not ones designed to give the illusion of redress while always leading to the same predictable, and generally lame, outcome.

I hear from patients and families every day through the Online Outreach Clinic of The Center for Patient Protection who report terrible experiences with complaint mechanisms, whether they involve doctors, nurses or hospitals. For many, the question that always lingers is whether mom or dad was really protected while they were in the hospital or nursing home. Was everything done for them that could have been done?

Worst of all is to be haunted by the fear that something terrible happened that could have been prevented. Yet, many families tell me they are reluctant to make a complaint because they feel the deck is stacked against them from the start. In situations where loved ones are still being treated in a care facility, there is a common fear of retaliation against the patient if a complaint is made.

I was apprehensive about challenging a statement one of my mother’s doctors made while she was hospitalized. He told me he could “guarantee” that my mother would never leave the hospital alive. While I was taken aback by this pronouncement, his tone and manner convinced me that he did not want to discuss the point. I decided instead to seek out one of the hospital’s top nurse managers to share my concerns. She told me my mother’s prognosis was very poor and likely to get worse. She asked me if I really wanted my mother to be left in such a hopeless state. I said that I didn’t see that we had any choice. Then she dropped the bombshell: “There are ways.”

We both knew what she meant. I was shocked and sickened by such a disconcerting statement.  What this senior nurse was alluding to went well beyond principles approved by the Supreme Court of Canada involving medically assisted death. I wondered then, as I still do nearly six years later, how many vulnerable souls have had their lives ended this way, and without their families ever knowing.

I’m really glad I chose not to pursue that conversation. My mother not only survived, but she recovered significantly. Years later, she is looking forward to celebrating her 95th birthday with her family — at home.

The vast majority of nurses are hard working professionals who take their obligations to patients very seriously. I know this, because my mother was a registered nurse for more than 40 years. But the fact is that in too many cases, the public is left wondering how well loved ones are protected because the institutions designed to protect them are so often tone deaf when it comes to dealing with complaints. They leave too many patients and families in emotional turmoil because of their clumsy handling of legitimate concerns.

A tragedy of this magnitude, involving serial murders allegedly by a member of a regulated health profession who went undetected for years and in care facilities that are supervised and also regulated, shows that there are serious shortcomings in the systems designed to safeguard patients. All of us — families, doctors, nurses, health care administrators, professional bodies, governments and patient advocates ⎯ need to do a better job ensuring that our most vulnerable are truly protected.

This was written prior to Elizabeth Wettlaufer’s sentencing, on June 26, 2017, for the murder of eight elderly nursing home residents and the attempted murder of six others between 2006 and 2017.  The names of the victims are available here.

On July 31, 2019, the results of a government inquiry prompted by the murders was made public. It found systemic breakdowns in safeguards that failed to adequately protect vulnerable residents and patients. Many observers are of the view that those breakdowns have long been apparent and should have been acted on years earlier. The inquiry also revealed 130 documented complaints against Wettlaufer, that she had been fired twice from nursing positions and, in one, case, as part of a termination settlement, was given a glowing letter of recommendation that allowed her to land another job and continue her killing spree.

This article was originally submitted in October 2016 to The Huffington Post for publication, as many others had been from this author over several years.  They declined to publish it or say why they refused.