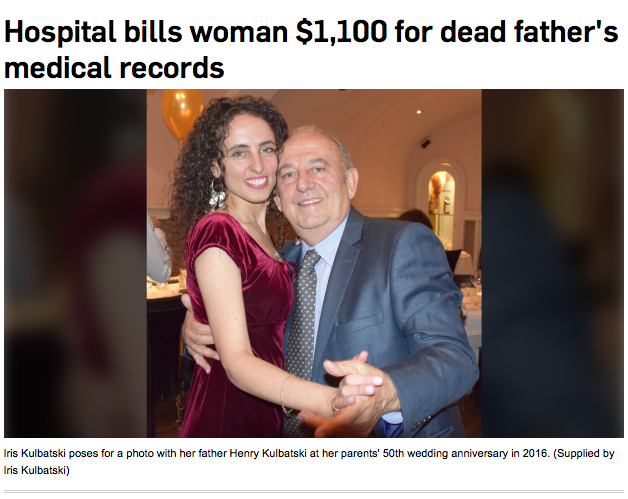 Kathleen Finlay was interviewed by CTV News on a story concerning the high costs of patients accessing their medical records.  In this case, a family was initially charged more than $1000 to see their late father’s hospital record. It is the kind of barrier that reduces transparency and patient and family engagement, and a contributor to a less safe healthcare culture because of it.

Patient Access to Medical Records is a Must for Safer Healthcare

The Center for Patient Protection has received dozens of inquiries and comments from patients and family members about continuing difficulties with the affordability of obtaining records of their hospital treatment.

Pub­lic interest in the subject was recently ignited after it was reported that Iris Kulbatski, Ph.D., was charged more than $1,000 by University Health Networkto access her late father’s records. Kathleen Finlay, founder and CEO of The Center for Patient Protection was interviewed by CTV News and other media outlets on the story.

It has long been the position of The Center that medical records, and especially those involving a current or recently hospitalized patient, should be made available free of charge to patients or to designated surviving loved ones.

Yet it is not uncommon for patients and families to be charged up to several thousand dollars for those records, according to reports made to The Center.  Charges of $1000 are frequent. This represents a financial hurdle that most patients and families are unable to clear, and should never be required to when they are typically already under severe physical, emotional, and often financial, stress.

Troubling, too, is the practice of certain healthcare providers to withhold parts of the medical record in an effort to hide errors.  In a case involving a cardiac arrest, one of Canada’s largest teaching hospitals withheld the cardiac monitor printout for several years before ultimately disclosing it.  It showed unexplained delays between the time of the alarm and the response of the ICU team. In another case, it took multiple  efforts to obtain the patient’s full chart, despite the family being assured each time that the hospital had provided the full and complete record. When the missing records were finally provided, they showed numerous and repeated medical errors and breakdowns in care that were not disclosed in the responses to the previous three requests.

An informed patient is a safer patient.  Patient feedback is an indispensible learning tool for healthcare providers. But in too many cases, barriers to obtaining records make it impossible for families to know whether their care was, in fact, safe, or whether it fell below acceptable standards. Many have been shocked to learn, after they were finally able pay the high fees to obtain the records, that they reveal serious breakdowns in care, including medical errors that were never disclosed to the patient or family.  In other cases, concerns voiced by patients and families about the deterioration of the patient’s condition, which preceded the arrival of adverse, or even sentinel, events, were omitted from the records altogether.

When a cloud of uncertainty and lack of transparency are allowed to come between the patient’s interests and healthcare providers, it undermines the sense of trust and confidence that is necessary in that relationship.  Some jurisdictions have abandoned all charges for healthcare records.  Ontario is not among them. 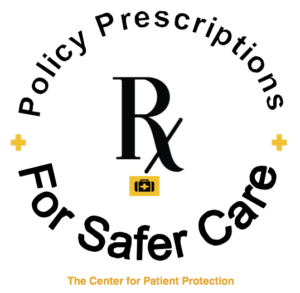 As part of our Policy Prescriptions for Safer Healthcare, The Center for Patient Protection, once again, calls on the Ontario governmentto adopt a no-fee policy in respect of healthcare records, and urges healthcare providers to adopt a similar policy.  After all, Ontario and other Canadian provinces have no problem devoting hundreds of millions of taxpayer dollars to pay for the liability insurance premiums of doctors. Surely it is not too much to expect that a similar public commitment should apply to making the healthcare records of patients, who own the information about them that is being collected by hospitals, available without encumbrances to those patients.

If you or a loved one have had a problem obtaining medical records, please let us know.  Together, we can make sure that our medical information can be seen and used by us when we need it most.

In honour of the memory of Henry Kulbatski, Iris and her family have launched a petition to lower the barriers to accessing patient medical charts.  You can visit the site now.  Please consider signing the petition.