When airline disasters occur, investigating teams immediately turn their attention to location of the “black boxes” containing flight information and cockpit voice recordings. People want to know what happened. Public safety demands transparency. It would be unthinkable for the airline industry or government agencies to withhold information, or to display a lack of interest in learning what happened so that it could be prevented from occurring again. 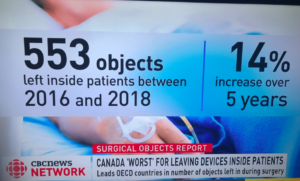 In hospitals, surgical errors and infections that occur after surgery are too-frequent occurrences. The same kinds of errors are regularly repeated. In the U.S., it is estimated that more than 2,000 times every year, surgeons operate on either the wrong patient or on the wrong site.  In 2013, 157,000 infections followed surgical procedures.  Canada’s rate of leaving sponges and towels in patients, and causing unintended lacerations during surgery is the worst among industrialized nations.  Significant harm can arise from surgical errors, which are generally preventable.

It is said that healthcare has much to learn from the aviation industry when it comes to safety.  If that is the 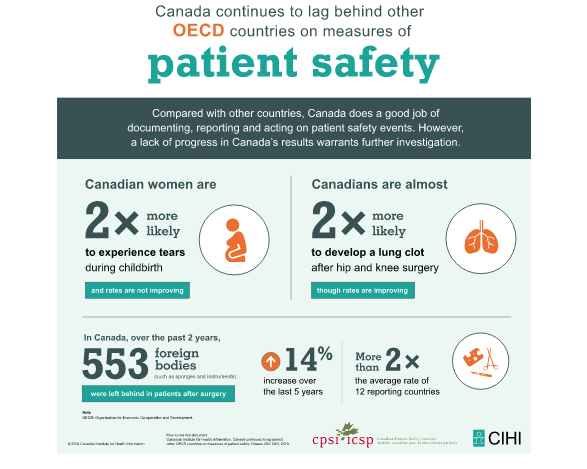 case, why not insist that all hospital operating rooms be fitted with the equivalent of “black box” data and voice technology?  We would add to this, video recording capability which is easily available with the miniaturization of cameras. This would eliminate the myriad of questions that arise when something goes wrong in surgery.  Today, most of those questions are never answered.  It is important to learn from these errors so that they can be avoided in the future. Since the same kind of mistakes are made over and over again,  it is clear that new learning techniques need to be embraced in the clinical setting. 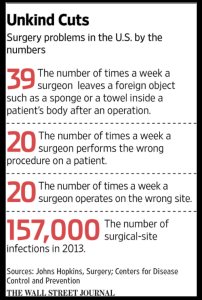 Humans, like sub atomic particles, are known to act differently when observed. In the case of surgery, transparency is a powerful tool for safety, and for learning when things go wrong.

Since its founding, nearly a decade ago, The Center for Patient  Protection has been urging the adoption of of real-time surgical medical records with black box technology in hospital operating rooms from several years. The number of serious errors that have occurred since that time illustrates the urgent need for this valuable learning, and accountability, tool. Recently, black box technology has begun to be introduced into the operating theatre, beginning in Toronto. We salute the work of Dr. Teodor Grantcharov and his team who have brought this technology into fruition.