Harm of Anti-psychotic Medication a Problem for Patients in Hospitals, Too 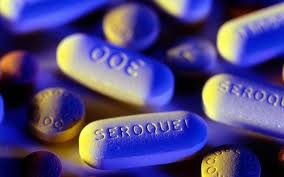 A government agency in Ontario has called for nursing homes in that province to re-evaluate their use of antipsychotic medications like quetiapine (marketed under the brand name Seroquel).

Health Quality Ontario says more than 60 percent of residents in some nursing homes are receiving Seroquel and other drugs like it. In the majority of cases, the medication is being administered to residents who have not been diagnosed with schizophrenia or bipolar disorder, the only uses for which the drug has been approved by Health Canada and the U.S. Food and Drug Administration.

Instead, it is being given as a sedative or as a form of “chemical restraint.” As the HQO report notes, there is an established risk of falls, stroke, pneumonia and, among the elderly with dementia, death, when this drug is prescribed. So great are the risks associated with the drug, that since 2008 the FDA has required its manufacturer to include a bold “black box” warning for its use.

Abuse of antipsychotic drugs, and the failure to properly disclose their risks to patients and families, has been a long-standing problem in nursing homes in the United States. In 2011, the Office of the Inspector General responsible for Medicare and Medicaid found that 88 percent of Medicare claims for antipsychotics used in nursing homes were for “off label” (i.e., non-FDA approved) uses.

An NPR investigation aired last December pin-pointed a number of cases of serious abuse, adverse side effects and even death from these drugs.

For at least a decade, warnings about the improper use of Seroquel have been mounting. It has also been connected with sudden deaths in the U.S. military. So far-reaching is the devastation from this drug, and so widespread its prescribing abuse, that in 2010 its manufacturer, AstraZeneca, paid $520 million to settle allegations by U.S. authorities that it intentionally pushed the drug for unapproved uses, including insomnia.

What is missing from these studies and investigations, however, is what is happening with these drugs in hospitals. I learned about Seroquel, like so many patients and families have, the hard way.

Immediately following a severe brain injury, my mother, who was 88 at the time, was given multiple doses of Seroquel each day. The family’s consent for the use of the drug, which is required under Ontario’s Health Care Consent Act, was never sought or given. The side effects and risks of the drug, which are significant, were never discussed. My mother was never diagnosed with anything even remotely approaching schizophrenia or bipolar disorder, the intended conditions for the drug’s use. It was given to sedate her, pure and simple. It almost cost her life, and certainly a significant part of the quality of her life.

One day early in her three-month stay, Seroquel was given to my mother, along with morphine. Seroquel is known to carry a risk of sudden cardiac death, especially in the elderly. Morphine can cause respiratory depression. It was a near-lethal combination. Less than two hours after these drugs were administered, my mother suffered a respiratory arrest followed immediately by a cardiac arrest. She was found by nursing staff without vital signs. By some miracle she was revived. But she was left permanently disabled and has required 24/7 care ever since.

What is astonishing is that this did not happen in a nursing home. The misuse of Seroquel, even with all the warnings that have been documented about it, occurred at one of Canada’s largest teaching hospitals. At one point the hospital insisted that the drug had never even been given. Only when the documentation in my mother’s medical chart conclusively showed that Seroquel had been administered on multiple occasions did they back off from their clumsy ploy to evade accountability.

There was never any apology or indication that the hospital intended to change its policies on its off-label use of this dangerous drug or the need to disclose its risks to patients and families.

After my mother was transferred to another hospital, use of the drug continued, despite my family’s insistence that it not be administered. Records show multiple doses were given after nursing staff noted that my mother was “fidgeting.”

That’s how bad it has become in some hospitals. But there is little focus on the use, much less abuse, of these chemical “restraints” in the hospital setting. When a giant teaching hospital can get away with hiding the risks of this kind of drug, or lying about its use altogether, it shows how much needs to be done to require higher standards of transparency and disclosure, and to educate patients and families about the dangers they can face, especially when it comes to the care of elderly loved ones.

There is an excellent video produced by the Australian Broadcasting Company on the dangers of antipsychotic drugs, like Seroquel. I have posted the link on The Center for Patient Protection website.