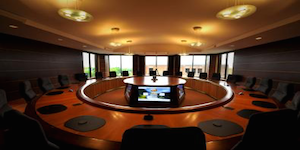 The 50th anniversary this year of the Medicare and Medicaid systems in the United States has predictably prompted a good deal of reflection and even some celebration. They were milestones of healthcare advancement in that country to be sure. But much less reflection seems to happen with the Canadian system, where universal healthcare traces its beginnings back to Saskatchewan in the 1940s.

The Canadian system is, by many indicators and by much popular opinion, a marvel of innovation and care delivery. There is hardly a family in Canada that has not in some way enjoyed its benefits. But the truth is that there are also too many families that have experienced unspeakable harm and tragedy in the process of seeking care, especially in the hospital setting. When the error involves a doctor, whether in a private office or in a hospital, the task of obtaining a just and fair outcome for an injured patient can be especially daunting in Canada.

While in the U.S. it would be unthinkable for federal Medicare and Medicaid taxpayer dollars to be used to help doctors defend lawsuits from patients who have been harmed, that’s exactly what happens in Canada.

The Canadian Medical Protective Association says it is “valued as an essential component of the Canadian healthcare system.” But for patients who have experienced injury at the hands of a doctor, this organization looks more like the Darth Vader of the medico-legal system.

The CMPA is mammoth, thanks to Canadian taxpayers. Each year, most of Canada’s provinces chip in millions to subsidize the cost of doctor’s liability insurance. Here’s how the U.S. Library of Congress puts it:

Membership fees paid to the CMPA give physicians insurance coverage and a right to representation in medical malpractice lawsuits. However, provincial governments reimburse physicians for at least a portion of their membership fees. These arrangements are not generally made public. However, a recently released Memorandum of Understanding between the Ministry of Health, the Ontario Medical Association, and the CMPA reveals that physicians are currently reimbursed for about 83 per cent of their membership fees. It has been reported that the Ontario government paid about $112 million to reimburse physicians for medical malpractice fees in 2008.

The result: a war chest of more than $3 billion.

The CMPA makes its massive resources available to any member doctor who is facing a lawsuit from patients or families. Just the fear of such an action can trigger the organization’s involvement. Even in cases where doctors and hospitals know that they have inflicted an error on a patient, and the doctor might wish to apologize to the patient and family for the harm, the organization urges its members to talk to the CMPA first.

So rich has this Frankenstein-like creation become that one former CMPA insider observed in 2003, “The CMPA would spend $100,000 protecting the doctor against a $5,000 claim.” In 2008, an Ontario Superior Court judge castigated CMPA-funded lawyers for pursuing what he called a “scorched-earth policy,” which included making the trial longer than necessary. That seems to be the organization’s style, and it’s easier to do when your legal strategy is financed with public money.

Indeed, low-income patients and families who have been harmed by negligence are often unable to pursue their cases because they lack the financial resources to do so. They are not eligible for legal assistance. But, as noted earlier, the doctors who may have committed the harmful act are liberally subsidized by taxpayer funds when it comes to their legal representation. For a patient at any income level, mounting a negligence case can be among the most costly of all legal actions, given the requirement for expert evidence.

If that’s not enough of a deterrent to patient-plaintiffs, try this observation — again from the Library of Congress in its assessment of the Canadian healthcare system:

In Canada, a losing party is generally required to pay about two-thirds of a successful party’s legal fees. Since the CMPA often incurs large legal expenses in defending claims, this is an additional disincentive to persons who believe that they have been injured through malpractice from bringing an action for damages.

The costs of not changing the system are obvious. As statistics from the CMPA itself reveal, of the 761 legal actions against member physicians that were “resolved” in 2013, only 19 resulted in a court finding in favor of the patient-plaintiff. More than 400 cases were dismissed, abandoned or discontinued.

Facts like these led University of Toronto legal scholar Joan Gilmour to conclude in 2006, “Given the extent of preventable adverse events, it is likely that the incidence of negligence is significantly higher than the number of claims made, and much higher still than the even smaller number of people who actually recover any compensation.”

And just to stick its finger even further in the eyes of taxpayers who have funded so much of the operation, CMPA boasts being governed by an elected council of 30 practising physicians representing 10 geographical areas across Canada. There’s not a single layperson or representative of the patient and family stakeholder constituency among them.

What all of this means in public policy terms is that taxpayers not only pay for the cost of their hospital care, and then foot the bill for the added costs of care and lengthened hospital stay when errors occur (if the patient survives), but they pay still again to defend those who may have been responsible for the harm.

In human terms, it means that many patients and families may never have closure or find accountability when negligence occurs, and their lives are forever tragically altered as a result. These stories, which come across my desk every day, are among the most poignant you will ever read. Many involve marriage breakup, financial ruin and even suicide.

Imagine if the public funds that go into the CMPA were instead actually put back into the healthcare system instead of law firms. What hospital doesn’t badly need more nurses?  That might make care safer at a time when hospital errors, in conjunction with hospital infections, are the third leading cause of death in Canada. Or maybe hospitals would be able to reduce parking costs for patients and families, which are not subsidized by governments and can soar up to $30 a day.

It is for these reasons that my non-profit advocacy group, the Center for Patient Protection, believes this part of the Canadian healthcare system must be fundamentally reformed if patients are to be as safe as they need to be.