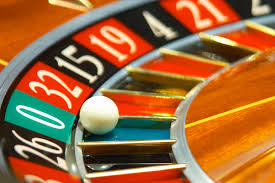 Healthcare Complaints: The Casino Where Patients and Families Seldom Win

Healthcare Complaints: The Casino Where Patients and Families Seldom Win

It’s time for a top-to-bottom review of just how user-friendly and fair our healthcare complaint bodies really are.

You expect that casinos are going to be slanted in favor of the house. But you don’t imagine those kind of odds when it comes to complaints about hospitals and healthcare providers that may have caused avoidable medical or emotional harm.

In Ontario, every hospital is required to have a patient relations office to deal with concerns raised by patients and families. Other provinces have similar requirements as do most U.S. states. Many patients and families mistakenly believe hospital complaint departments are independent and are there to advocate on behalf of them. It’s a quaint notion that quickly vanishes when those looking for help discover these offices are little more than adjuncts of a hospital’s administration. Nothing they do will be contrary to what the hospital sees as being in its best interests.

University Health Network, for instance, says you can appeal any decision of a patient relations coordinator. But you will be appealing it to the same department that made the decision in the first place. How objective do you think that’s going to be?

No hospital complaint department I know of publicly discloses the number of complaints it receives and their outcome in a statistical form. This only reinforces the impression of a culture of secrecy and self-interest, which explains why so many patients and families regularly report their dissatisfaction with hospital complaint departments to my non-profit advocacy, The Center for Patient Protection.

The view that hospitals need to do a better job of handling complaints is not confined to patients and families. A paper recently published in the respected British Medical Journal called on healthcare systems and providers to shift their complaint focus “from efforts to mollify and avert publicity to identifying root causes and improving care….”

Where else can patients and families turn if they’ve experienced harm? If the complaint involves the actions of a doctor in Ontario, they might look to its College of Physicians and Surgeons. Here again, the deck is stacked against ordinary patients and families. Complaints are typically decided by a panel that includes three medical professionals (MDs) and only one layperson appointed to represent the public.

Its most recent statistics show that in six out of ten cases, the College took no action whatever on a complaint. If the Inquiries, Complaints and Reports Committee (ICRC) — the College body that adjudicates on complaints from members of the public — finds that a doctor has not lived up to some aspect of his or her professional obligations, it may choose to quietly issue a “reminder” to the doctor in the form of recommendations or “advice.” Or it might issue a written “caution.” These outcomes happened on 662 occasions in 2014, or in 63 percent of the cases where action was taken.

The problem is that this information is never made accessible to members of the public who may want to check up on a doctor’s record — just before surgery, for instance. Perhaps most telling, the ICRC referred the conduct of a doctor to the College’s disciplinary committee for further action in less than three percent of all the cases it reviewed.

Add to all this the fact that doctors facing complaints from members of the public in Canada are usually represented by high-priced lawyers who are funded by the taxpayer-subsidized Canadian Medical Protective Association and you quickly get the impression that the odds don’t favour the average patient and family. This only magnifies the sense of emotional harm that too many patients and families suffer at the hands of a healthcare care system dominated by entrenched interests.

In Ontario, decisions of the College of Physicians and Surgeons can be appealed to something called the Health Professions Appeal and Review Board. Now that’s really a casino where the house wins.

In the past two years, 90 per cent of the cases the board disposed of confirmed the original decision of the healthcare regulator. In other words, 9 times out of 10 those appealing the outcome of their complaint got nothing for their trouble.

On the surface, all these figures might suggest that there’s not really a problem with our healthcare system. The facts tell a different story. Just based on the figure provided by University Health Network (which I think falls on the low end), medical errors and hospital-acquired infections together claim more lives every year than strokes, Alzheimer’s, kidney disease, breast cancer and accidents involving cars, trains and airlines combined.

The failure of Canada’s public healthcare systems to deliver meaningful accountability mechanisms to patients and families has sparked at least one private sector business initiative. For an upfront fee of as much as $1050, this web-based service will assess a potential case for medical malpractice. But as I suggested in a National Post interview this week, that approach may wind up taking those who have suffered harm down a stressful and costly litigation path that statistics show rarely works in favour of ordinary patients and families, and where if you lose, you may wind up paying the other side’s costs.

The same kind of institutional biases and barriers to the fair handling of patient and family complaints cited above have their parallels elsewhere, including the United States and the United Kingdom.  In California, there is a move afoot to end self-regulation by doctors and replace members of that state’s medical licensing board with independent members of the public.

Accountability is an essential component in achieving a safer healthcare system. So is public confidence. But as long as mechanisms to ensure accountability are not user-friendly, hospital complaint procedures and disciplinary bodies are dominated by insiders and decisions are shrouded in secrecy, public confidence will surely be undermined. And so will patient safety.

It is time for a top-to-bottom review by governments in all jurisdictions, with substantial input from patients and families, of how well our hospitals and professional healthcare bodies are actually delivering accountability and transparency, and whether they are doing it in the user-friendly, compassionate and respectful manner that genuine patient and family engagement requires.

Until that happens, patients and families may wish to seriously rethink whether they should be according any legitimacy to these complaint mechanisms by participating in a rigged game that rarely offers satisfaction and often produces still more waves of emotional harm.