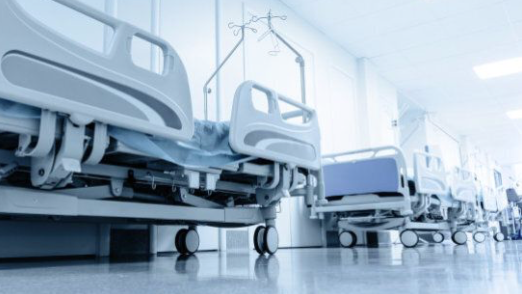 End the Silence about Hospital Suicides

End the Silence about Hospital Suicides

International Suicide Prevention Day came and went last week. But it’s hard to know whether most hospitals noticed it, or how well they are doing in combating self-harm by their patients. How hospitals handle mental health issues can have serious consequences.

One winter night in 2004, Cynthia Oster, 44, slammed her rented Buick into an oncoming car full of passengers. She had been speeding down Highway 11 in Gravenhurst, Ontario and travelling the wrong way. Five people were killed in the head-on crash, including Ms. Oster.

A coroner’s inquiry would later hear that just the day before, Ms. Oster, who had a history of mental health issues, had been apprehended by the Ontario Provincial Police under the Mental Health Act and taken to the emergency department of South Muskoka Memorial Hospital for a mental health assessment. But the emergency room physician saw no reason to detain her further and released her. The jury’s recommendations included better training of hospital emergency physicians to deal with mental health issues.

An expert witness in psychiatry testified that Ms. Oster’s emergency room examination was “cursory, procedurally flawed” and “incomplete.” He also said that failure to deal properly with mental health patients was not isolated to the hospital or doctor involved in this incident.

In another high-profile case in Ontario ten years later, Prashant Tiwari, who was only 20 at the time of his hospitalization in 2014, took his life while on “suicide watch” at Brampton Civic Hospital.

Though he was supposed to be checked every fifteen minutes, his lifeless body was discovered hanging from a ceiling grate in his bathroom. He had fashioned a noose out of his bathrobe and used a chair that never should have been there.

He had been left unattended for three hours. The hospital has since admitted that proper procedures were not followed. The family has commenced a $12.5 million lawsuit.

Some years ago, the U.S. Centers for Medicare and Medicaid Services (CMS) declared inpatient hospital suicides and unsuccessful attempts that lead to disability to be “never events.” That means the care required is so crucial to patient safety and the harm is so clearly preventable by following certain well-documented standards of care that there is no excuse for such events to happen.

And because of the huge amount of federal funds that go into hospitals all over the U.S. through these twin programs, these CMS standards carry a lot of clout.

That point was recently learned the hard way by a healthcare facility in Texas. Timberlawn Mental Health System is set to close the doors of its 144-bed psychiatric hospital in Dallas, and a smaller hospital in nearby Garland, after being cut off from federal funding as a result of patient safety violations.

Another big federally-funded healthcare player in the U.S., the Agency for Healthcare Research and Quality, also calls suicides or “attempted suicide or self-harm resulting in serious disability,” while being cared for in a health care facility to be a “never event.” It warns further that while “never events” in general are rare, their consequences are usually devastating to patients. Most are fatal.

In Canada, it’s not clear to what extent inpatient suicides, or unsuccessful attempts that lead to disability, are considered “never events” by healthcare decision makers, or who is keeping track of them for that matter.

The fact is there is a wall of secrecy that surrounds hospital suicide and attempts at self-harm in Canada. We just can’t get the straight goods, such as where it is occurring, how often and whether errors or failures in care contributed to the incidents.

It can be difficult for even major media organizations with deep pockets to get accurate information.

An investigation by CTV’s W5 program in 2014 estimated that there had been at least 300 inpatient deaths from self-inflicted harm in Canadian hospitals in the preceding ten years.

But these figures were based on data which W5 admitted were “extrapolated.” The public, who pay the bills for hospitals in Canada, should not have to rely on “guesstimates” when dealing with critical healthcare issues.

The lack of clarity can be attributed to the fact that there are no mandatory reporting standards for in-hospital suicides in most Canadian provinces, including Ontario where the recent known incident occurred.

We are left to try to make sense of a confusing and contradictory picture. For example, while W5 said in its report that in the past 10 years, some 98 deaths from suicide occurred in Ontario hospitals, that province’s Chief Coroner would only confirm that “more than a dozen” patients have taken their lives while receiving hospital care in the past five years.

No figures were given for the number of attempts that were unsuccessful, which can also have lasting devastating consequences for a patient, such as brain damage.

Suicide by hospital patients is the second-most common sentinel event reported to the Joint Commission, the giant agency that accredits healthcare facilities in the U.S. Only wrong-site surgery exceeds it in frequency.

No comparable data are available in Canada. Why is this the case in a publicly funded healthcare system?

Perhaps most telling of all: as of 2015, there are still no mandatory standards of care for the handling of known suicide risks in Ontario hospitals.

Experts say “inpatient suicides are viewed as the most avoidable and preventable because they occur in close proximity to staff.”

Hospital errors and failures in care are a big cause of preventable death in Canada and in the U.S.

While these are unacceptable for any group of patients, they are especially shocking to the conscience of society when they involve the most vulnerable. That includes those suffering from debilitating forms of mental illness.

We owe it to them, and to their families, to ensure that they are protected from harm, whether by their own hand or because of a hospital’s neglect or breakdowns in care.

It is generally agreed in medical circles that the safest patients are patients who are fully informed about the facts and risks involved in their care. The same can be said of society when it comes to knowing what is going on in its hospitals.

We cannot allow a curtain of silence and lack of transparency to thwart the public’s ability to assess how well our hospitals are measuring up to their most important responsibilities.

Want to know more about the role of compassion in the healthcare setting and in mitigating emotional harm?  See Our Healthcare Systems Need A Strong Dose of Compassion.